Skip to content
Browse Articles Diseases & Conditions Living Healthy Men’s Health Teen Health Women’s Health
Diabetes is a common condition. Recent statistics show that in 29 million cases are currently in existence and a total of 8.1 million of those people had yet to be diagnosed. The prevalence increases with age so that approximately one out of every four people over the age of 65 suffers from the condition. However, the 1 in 10 age 20 to 64 really illustrates the prevalence of this disease no matter the age of the sufferer. There are approximately 1.8 million new cases of diabetes diagnosed each year in the US. The Centers For Disease Control estimates that 1 in 3 babies born in the year 2000 will have diabetes, staggering. What is diabetes? Diabetes is a disorder of sugar metabolism. Sugar isnt properly used or stored so that glucose, the main sugar in the body, goes up, causing many health problems. There are actually two main types of diabetes that both result in an elevated glucose level. These are: ➤ Type 1 diabetes: This is an autoimmune disease in which the islet cells in the pancreas, normally responsible for producing insulin that reduces blood sugar, cannot be made. The islet cells, in effect, are not functioning so that large increases in blood sugar are seen. This type of diabetes usually begins in childhood or young adulthood and lasts a lifetime. This diabetes occurs because of a lack of insulin. Type 1 diabetes is insulin depended, which means those who are afflicted will need to take insulin for their entire lives, and there is no cure for this condition at this time. ➤ Type 2 diabetes: This can occur at any age but its incidence increases with age. Unlike type 1 diabetes, there is usually plenty of insulin to go around (at least in the beginning of the disease) but the insulin is unable to put the glucose into the cells so they can be used for metabolism; the glucose level in the blood rises. This disorder begins with whats called insulin resistance because the cells are resistant to the insulin trying to put sugar into the cells. In the beginning, the glucose levels are normal and the person is pre-diabetic. As the disease progresses, the glucose levels increase, and the person can develop blood sugar level s as high as type 1 diabetes. Unlike type 1, type 2 is mainly attributed to poor lifestyle, like diet and exercise. Obesity, belly fat, and lack of exercise are three of the biggest risk factors for the disease. Treatment Methods The two types of diabetes are treated very differently. In type 1 diabetes, the only logical treatment is to replace the insulin that is missing in the persons body. Insulin comes in short, medium and long acting varieties and diabetics take differing amounts of these insulin types to keep their blood sugar within a normal range, usually less than 180 mg/dL throughout the day. In type 2 diabetes, the problem is not one of having a lack of insulin. Instead, medication has been created to help insulin put sugar into the cells. There are various medications being used for treatment. However, medication alone is not enough to manage type 2 diabetes, it also takes an appropriate diet and exercise, or else blood glucose levels can easily become out of control. What are the symptoms of diabetes? Many people with diabetes, especially type 2 diabetes have no symptoms unless they have markedly elevated blood sugars. The diabetes is instead diagnosed by having a blood glucose elevated on a routine doctors exam or a Hemoglobin A1C blood test.

Diabetes does have symptoms and its worth paying attention to this list of symptoms as some of them can be quite subtle: ➤ Feeling thirsty all the time ➤ Urinating more than usual ➤ Having an increased appetite ➤ Weight loss even when you are eating enoughthis is seen most often in type 1 diabetes and is a sign that the cells themselves are starving from a lack of glucose, which is instead circulating in the bloodstream ➤ Being extremely tired ➤ Having blurry vision ➤ Having pain, tingling or numbness in the feet and possibly the handsthis is often seen with untreated type 2 diabetes because the elevated blood glucose has begun to damage the nerve endings in the extremities Those who have any symptoms or if diabetes runs in the family, should see their doctor about being tested for diabetes.

Six Billion People And You: A Guide to Meeting Your Mate In The Modern World 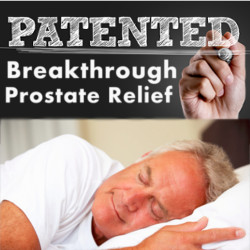