Skip to content
Alternative Medicine Diet & Nutrition Living Healthy
CBD or cannabidiol is the chemical compound, naturally occurring in cannabis plants that doesn’t get you high, but does have a wide swath of other claimed effects making it very popular. Although clinical studies haven’t necessarily proven those results, many Americans are now testing CBD for themselves. All over the US, people are dropping CBD tinctures under tired tongues, rubbing CBD balm onto sore joints, popping CBD gummies, and puffing on CBD oil-filled vaporizers in hopes of chilling out.

CBD is an abbreviation for the word “cannabidiol,” one of over 100 cannabinoids naturally produced by the hemp and cannabis plant. This non-psychoactive compound has long been known to regulate vital systems and help establish and maintain balance within our bodies. it is important to use full-spectrum CBD extracts which include all of the cannabinoids found in the hemp plant, plus hundreds of additional naturally occurring plant compounds such as vitamins, minerals, fatty acids, flavonoids, and terpenes.

The Difference Between CBD and THC
Over the years, the debate about the usefulness of hemp related plats has always been a hot topic. Today in the new political climate, many countries have been moving to decriminalize these plants and their relatives, and at the center of it all are the two most famous chemicals that come from these plants, CBD and THC. Efforts to silence these movements has resulted in a large amount of misinformation being spread in the public view, so many people have no idea that there is a difference between CBD and THC.

THC
Tetrahydrocannabinol, also known as THC, is the psychoactive chemical found in marijuana or the cannabis plant. THC shares many of the attributes of another chemical found in these plants called, CBD.
Researchers have long praised delta-9 THC for its ability to help people to treat loss of appetite, nausea, stress, anxiety and various types of pain. The use of THC has been considered controversial because THC delivers some effects that could be considered unwholesome or unsafe by a few and the history of prohibition is entirely politically motivated. Rather than as a measure to protect the public from harm quite the opposite is true, an 80 year prohibition has deprived countless individuals of a valuable natural medicine.
While still under study, the medical community has made allowances for it to be used as an alternative to other treatments in cancer and AIDS patients.

Some research has shown that CBD oil extracted from the hemp plant is weaker than the CBD derived from cannabis, but this remains to be demonstrated clinically.

When people ingest THC in the cannabis flower or in a concentrated form, many people have remarked that they generally experience feelings of
relaxation,
euphoria,
hunger
increased libido
laughter and that they are less prone to feeling various pains.

The primary reason that it is slowly becoming nationally legalized is due to evidence of potential use in medicine, for example it’s ability to help sick people regain their appetite. This has been especially effective for AIDS and cancer patients who have to deal with treatments that may halt their desire to eat entirely. THC is also effective in getting people who suffer from eating disorders to eat.
As a recreational drug in legal states it has shown no overdoses or deaths related solely to THC use.
CBD

CBD is the non-psychoactive chemical found in marijuana. In recent years CBD has been used as an alternative treatment for anxiety, depression, and other disorders that can keep a person from being able to relax. It has even been used to treat animals for stress, and it can help fight gut infections. It can be cooked into food at low temperatures, or it can be taken in tinctures.

CBD Effects
There aren’t a lot of effects besides its anti-inflammatory properties, and its ability to reduce that amount of anxiety that people and animals encounter, but more studies are needed to establish exactly how useful it can be in the future. Researchers have remarked that it’s probably best to avoid taking large amounts of CBD when you plan to work or have to operate machinery.

Aromatherapy: 600 Aromatherapy Recipes for Beauty, Health & Home – Plus Advice & Tips on How to Use Essential Oils

Between Heaven and Earth: A Guide to Chinese Medicine 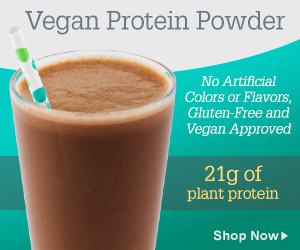 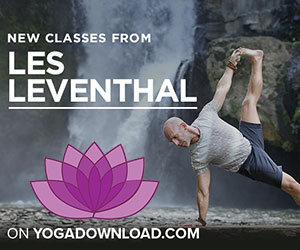